2. Reconstruction of the Hindenburg 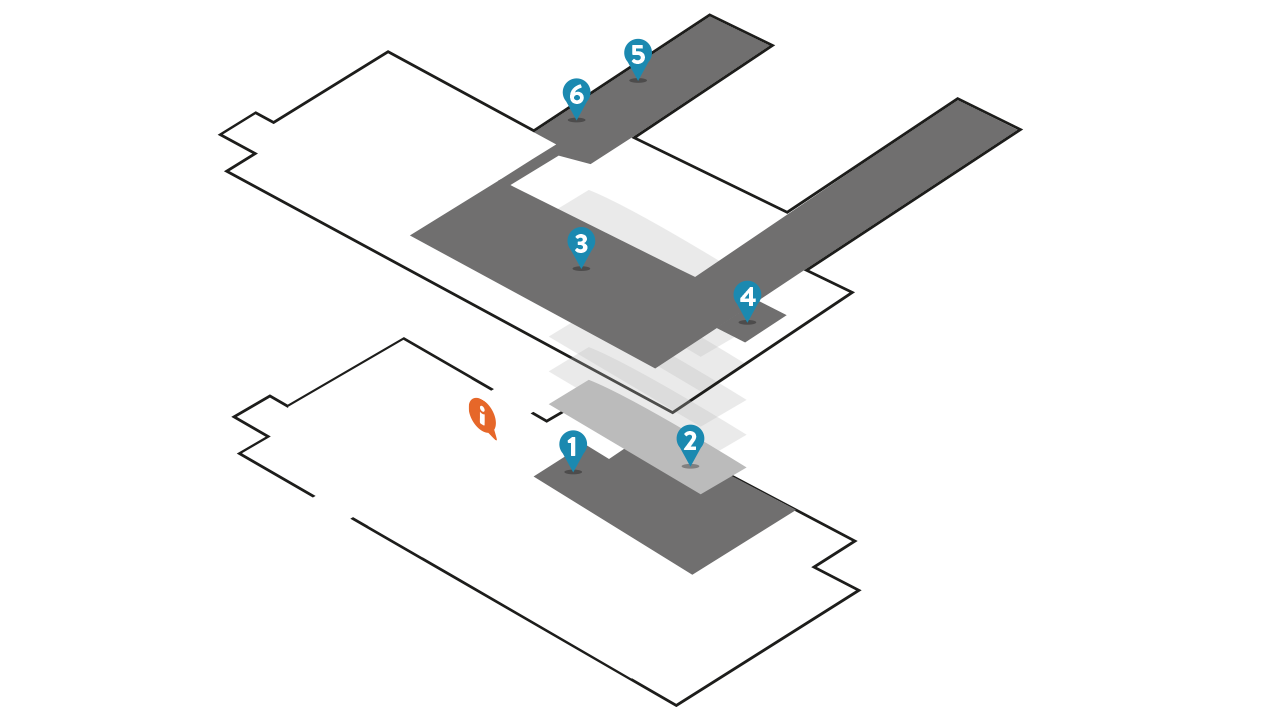 The Zeppelin hall is entirely dedicated to the most famous airship, the LZ 129 "Hindenburg". In addition to the necessary travel preparations for a trip to North or South America, exhibits on the postal and parcel services, travel routes and size comparisons showcase the luxury on board the flying hotel, thus underlining the international significance of the "luxury liner of the air". 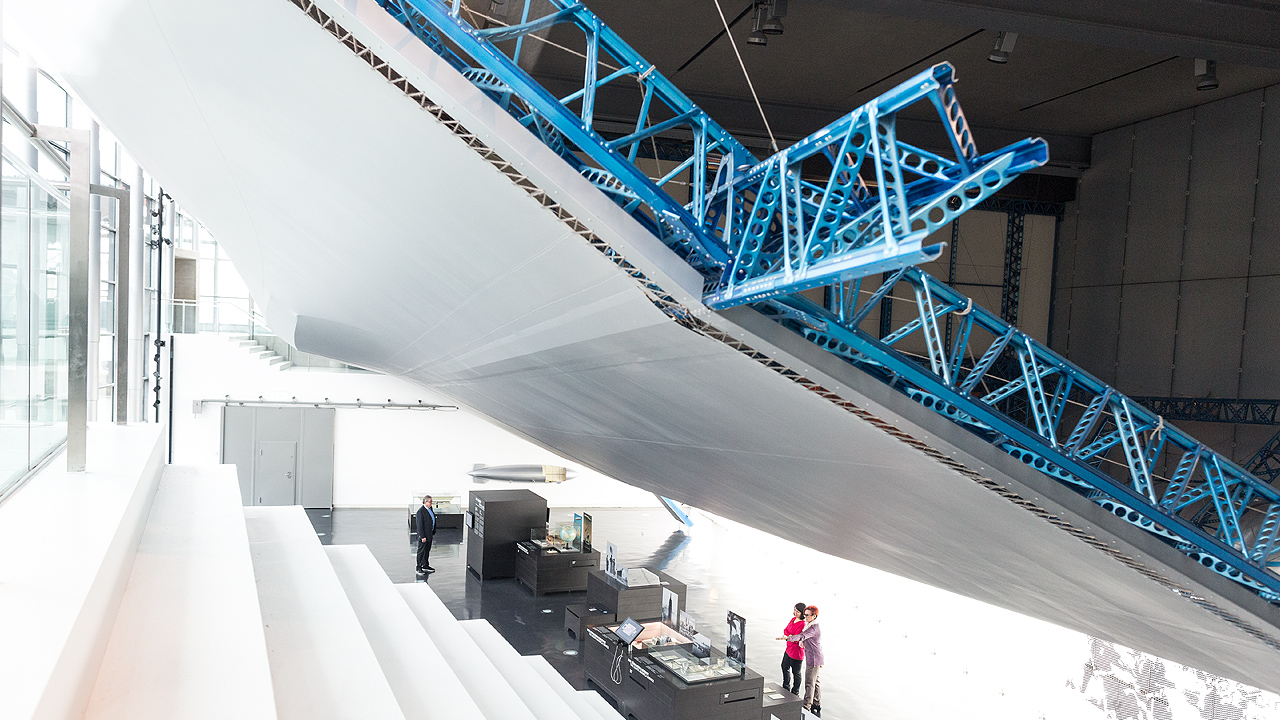 Original materials illustrate the structure of the Hindenburg; the skeleton and outer shell are visible. 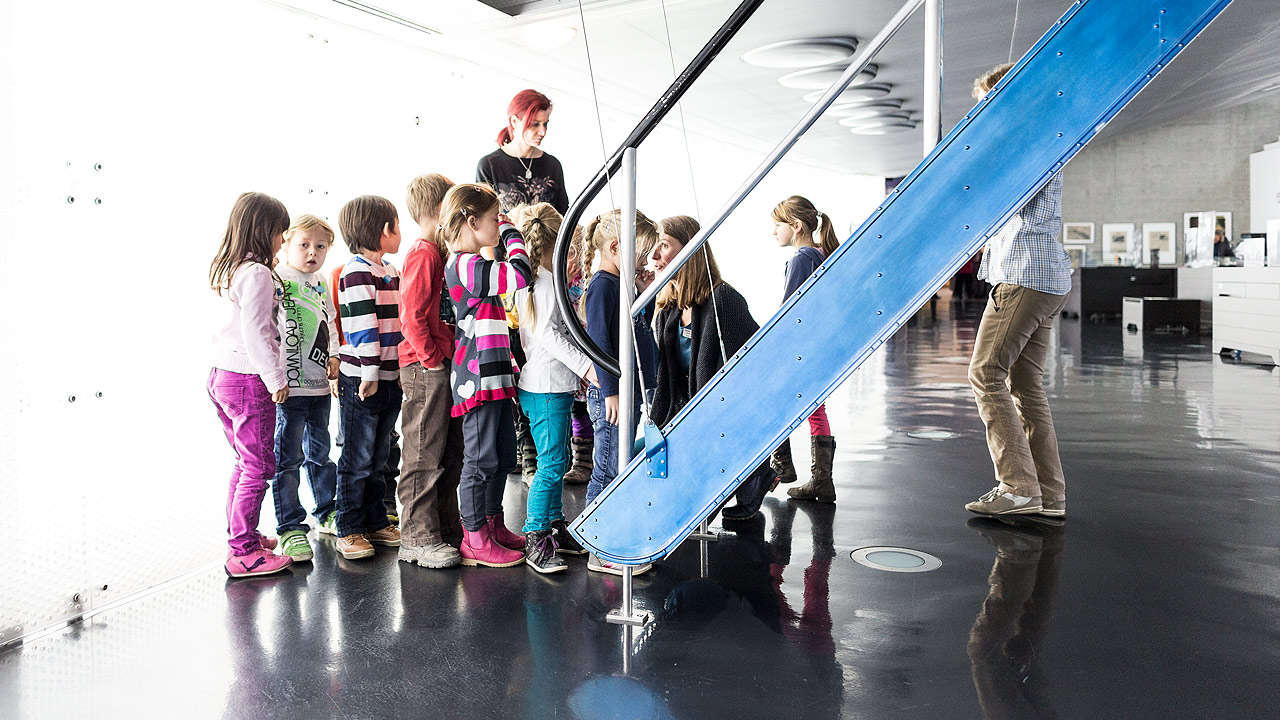 Via the accommodation ladder, visitors climb into the passenger area of LZ 129 Hindenburg which has been reconstructed in original size according to historical plans.

You stroll through the social rooms on the promenade deck in 1930s Bauhaus design. Reconstructions of passenger cabins with foldable washing basins and particularly “light” toilet facilities complete the experience of airship travel.

Original exhibits give an impressive insight into the daily work of the on-board personnel. The people behind the technology tell their story: from the cell carer and machinist to the radio operator. The largest surviving piece of wreckage of the LZ 129 Hindenburg is also on display here: the rudder bearing arm, part of the tail unit.

Numerous, intricately detailed models and unique original exhibits, films and photos trace the varied history of airship travel. From the beginnings of the Montgolfier brothers with their hot-air balloons at the end of the 18th century to the Zeppelin NT of today, visitors learn everything about the eventful development of airship aviation, accompanied by setbacks and triumphs, from the beginnings to the present day. Unique exhibits tell exciting stories, such as spectacular journeys across the Atlantic, the round-the-world flight or the polar flight, document the euphoria and illuminate the creation of legends around the giants of the air. 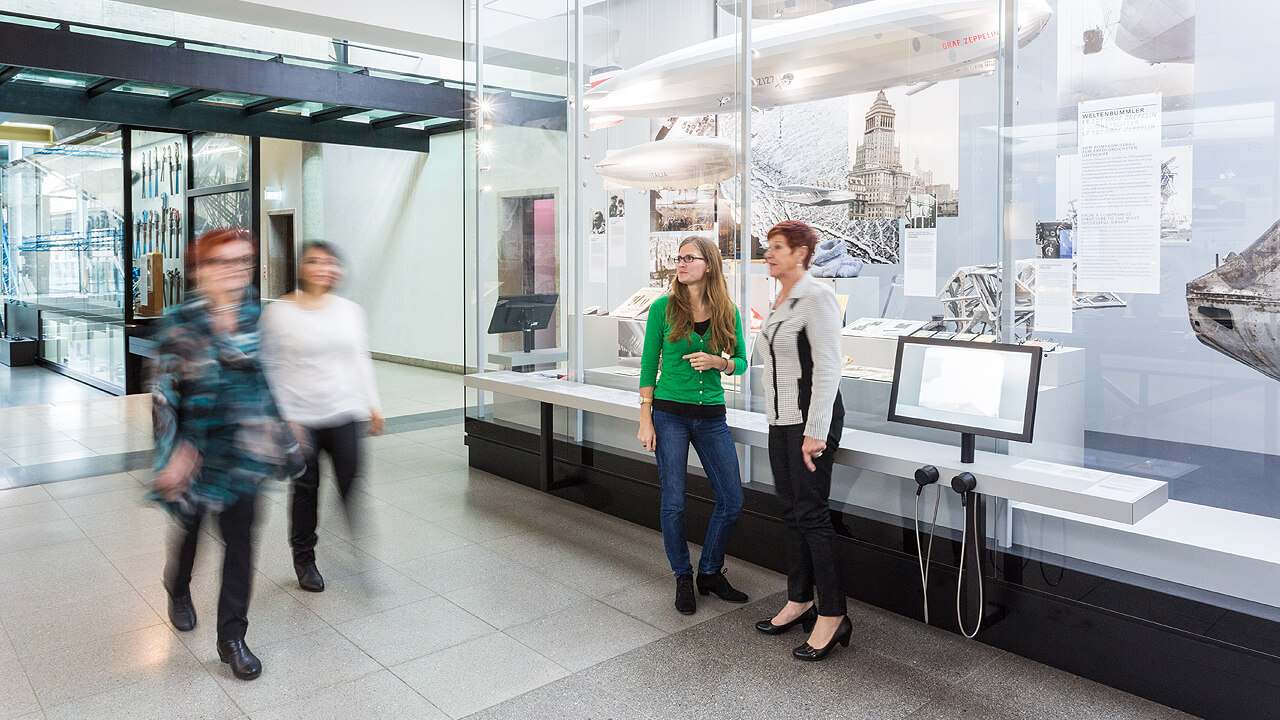 Inspired by the collector's cabinets of the 16th century, cups and plates, tin zeppelins and coins, zeppelin sausages, zeppelin alarm clocks and airship ashtrays are on display here. Visitors cannot only marvel at the diversity of the Zeppelin cosmos, but can also view and explore 24 of the 350 exhibits more closely via iPads. 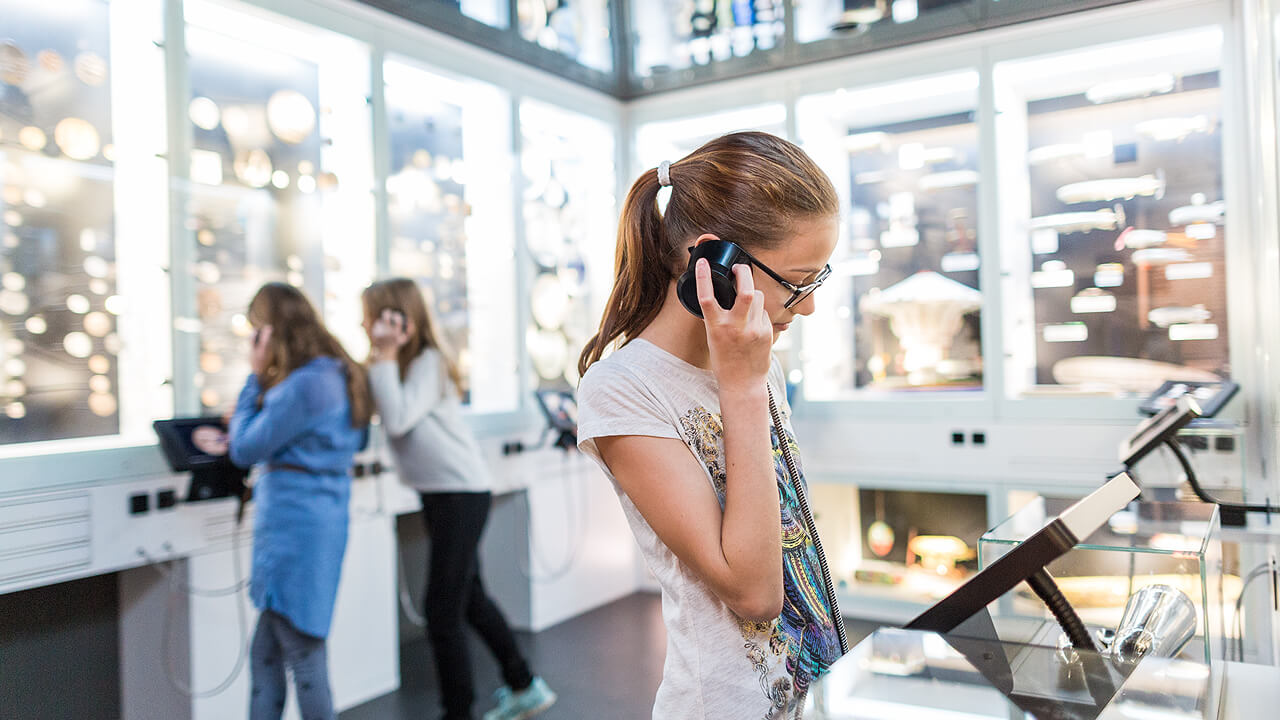 Here, you can learn about the physical basics of airship technology and try them out by yourself. Discover, why a gas balloon rises, how airship gears and engines work or what role materials and the streamline shape play in airships. Each experiment is related to an historical exhibit. 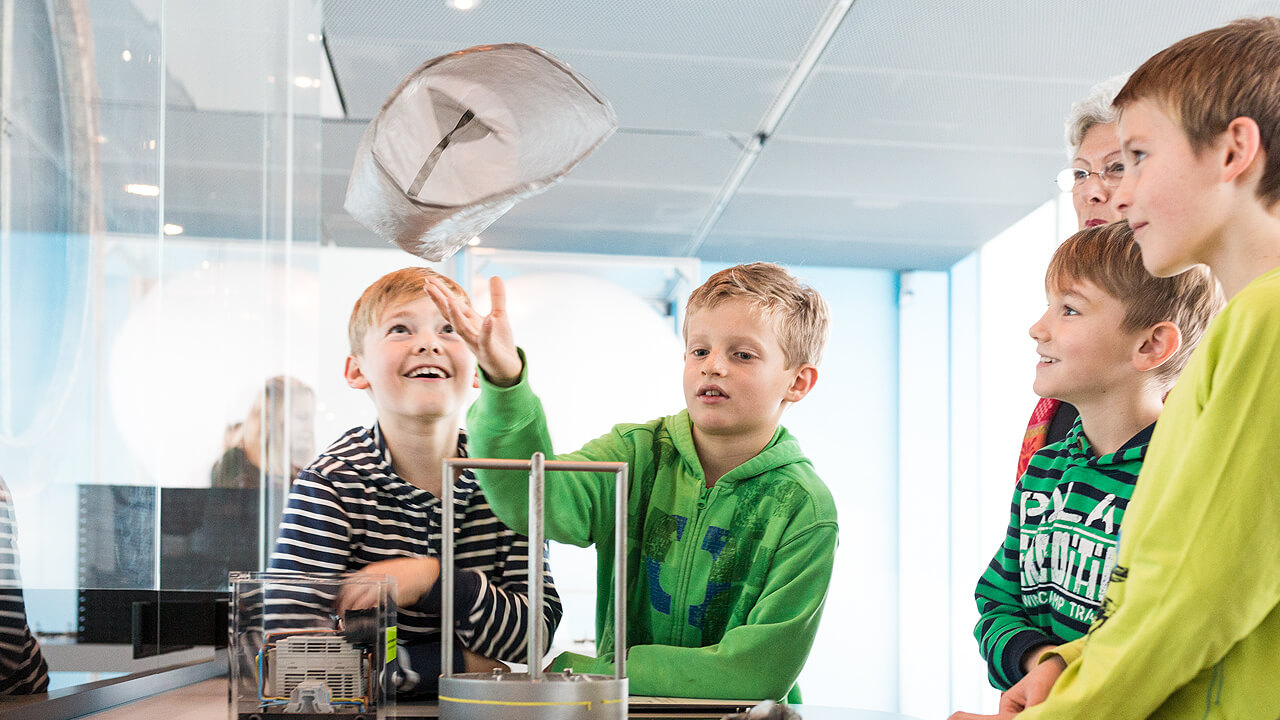 Go on a research mission across the ocean with the Zeppelin NT simulator to take important samples from an eddy. This realistic scenario is based on the research work of the Helmholtz Centre and allows visitors to test the special flight characteristics of an airship. A joint project of the Swiss Museum of Transport in Luzern, Zeppelin Luftschifftechnik GmbH & Co. KG, the Helmholtz Centre Geesthacht, the Zurich-based company Eyecatcher and the Zeppelin Museum. 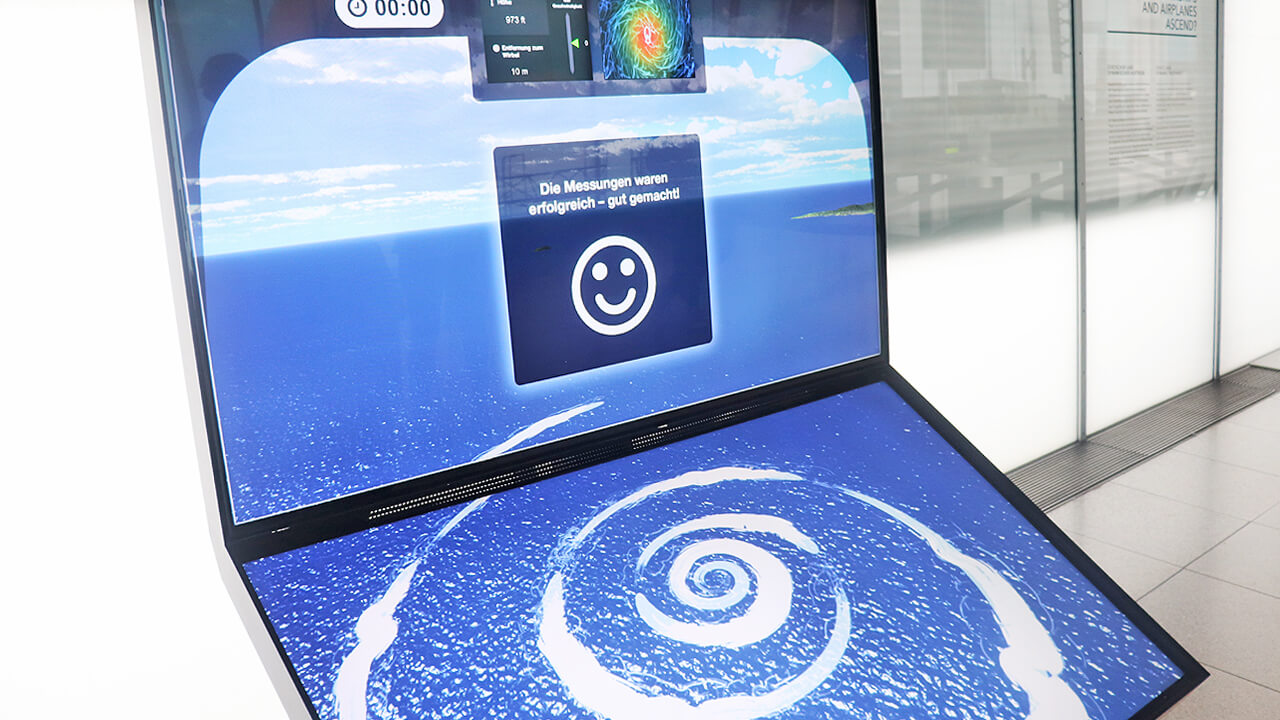