Connecting the World
Pioneering flights and air traffic across the Atlantic

In 1919, the first non-stop Atlantic crossing in history took place – almost simultaneously by an airship and a plane. The Vickers Vimy plane with John Alcock and Arthur Witten Brown won this competition closely, just beating the R34 airship. Only a few days lay between the two pioneering flights.

With technical problems and disruptions caused by weather conditions, a stowaway and an on-board cat, and finally crowned by a triumphant welcome in New York, the airship voyage offered all the dramatic potential required for such a pioneering flight. By means of an interactive, three-meter-long ship model, specifically built for the exhibition, the voyage is told like a diorama, following the records of Commander Edward Maitland in his captain’s log. Medial recordings complete the scenery.

One highlight of the exhibition is the oldest completely preserved gondola of a Zeppelin airship, the marine airship L 30, that was almost identical in construction to R 34. L 30 was sent to Belgium as reparations after World War I and has been preserved until today. The gondola is leaving the Royal Museums of the Armed Forces and Military History in Brussels for the first time as a loan to a museum.

After these and other pioneering flights, aviation shifted from its main military focus to civil and traffic use. In the decade after World War I, no matter how politically and economically difficult the times, the area of this completely novel air traffic saw groundbreaking developments.

LZ 127 Graf Zeppelin became famous for its world tour in 1929 and in 1931 a routine scheduled service to Rio de Janeiro was established for passengers, post and cargo transport. LZ 129 Hindenburg set a new standard for speed and comfort on the North Atlantic route to New York. The fastest passenger ship needed about 5 days from Europe to New York in 1930, while it took the airship only 60 hours to complete the same journey.
However, the exhibition does not only look at Zeppelin airship travel. It looks at both the pioneering accomplishments and developments of the rival system airplane as well as the ambitious and technically fascinating British mega airship projects R 100 and R 101 in 1930 that were supposed to play an important part in the worldwide traffic network of the British Empire but never reached so far.
The history of the aerial Atlantic crossing is the history of traffic acceleration, of connecting, of communication and of cultural and economic exchange, the development and protection of zones of political influence and mercantilist markets.

The airplane has won this competition and is unmatched in speed. This exhibition shows the worldwide development of transatlantic traffic as we know it today: routine, fast and relatively affordable. However, flying has a costly carbon footprint and poses an increasing challenge for the environment. 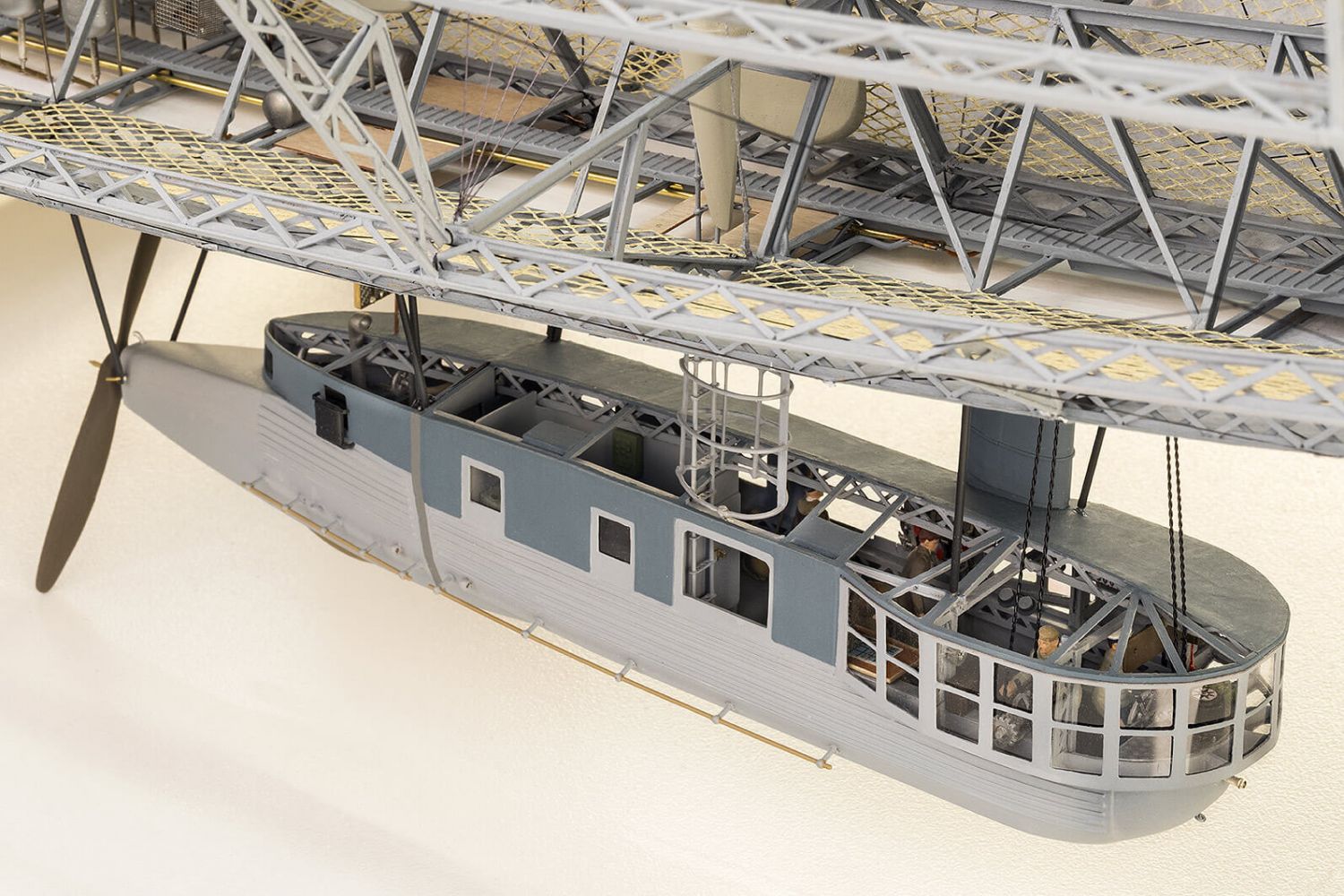 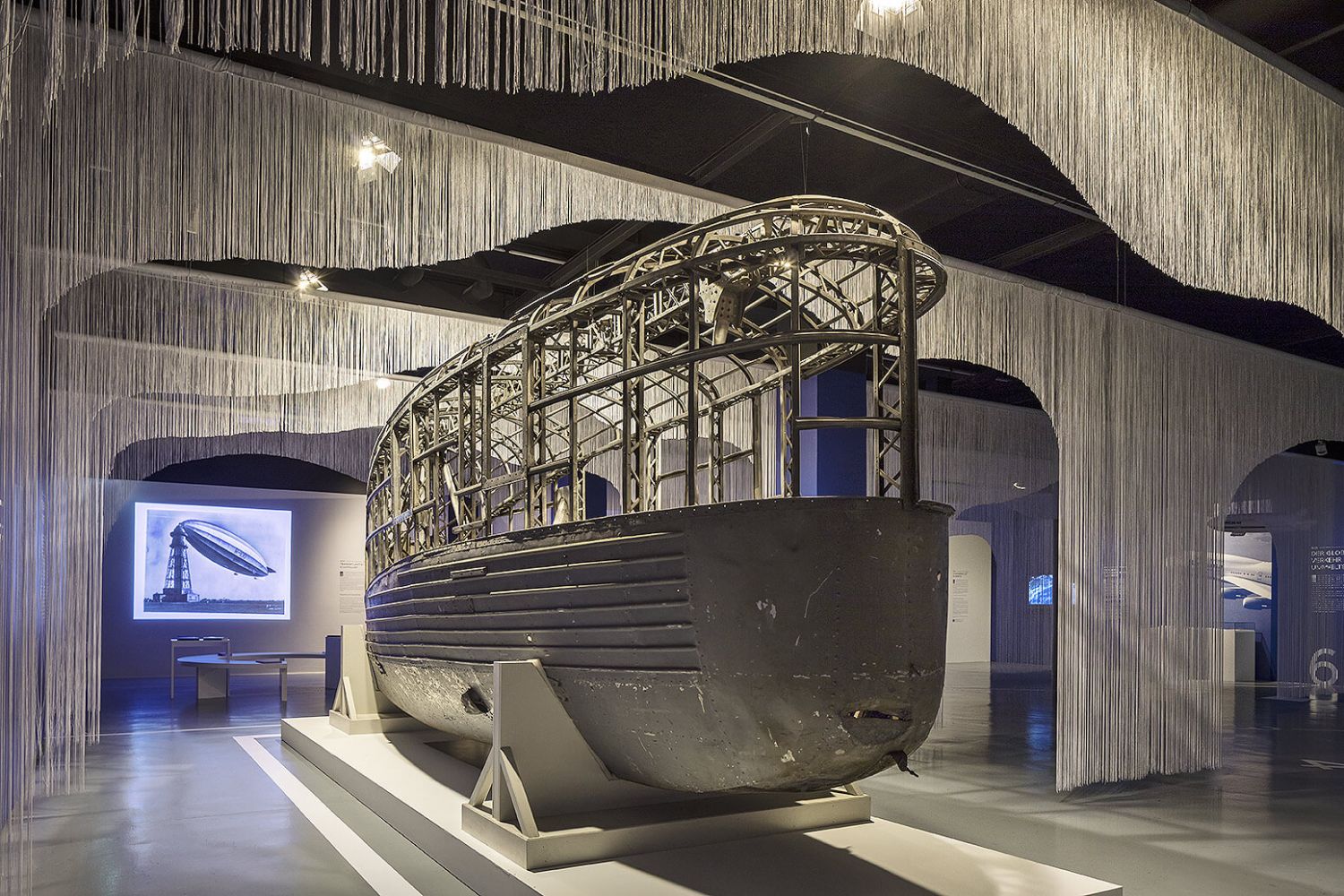 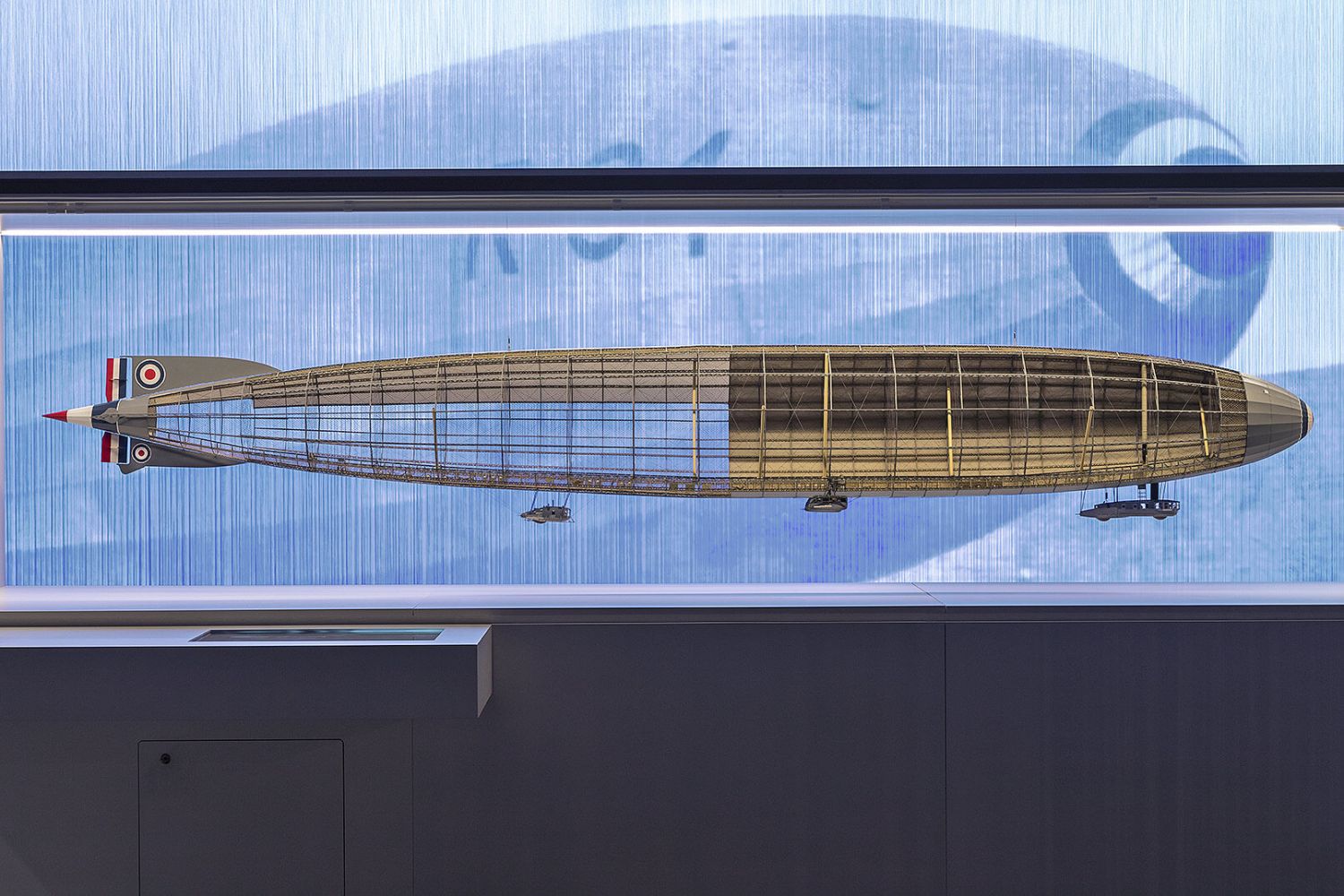