Art Tour:
The obligation of ownership.

Is this looted art? The Zeppelin Museum is considering its own collection with this question in mind. No ordinary task, given that the current collection was established after 1945. After losing everything in the Second World War, a euphoric spirit of optimism soon led to the acquisition of the first 100 artworks. However, this new beginning did not present the art market and the museum business with a clean slate. Without a critical examination of its provenance, the new collection was celebrated with the inauguration of the museum in 1957. Since then, works from the Gothic era, the 19th century, and first-rate classic modernist pieces have been continuously added to these acquisitions. Thus, the exhibition explores a still underrated chapter in the aftermath of the Nazi art raid as well as the consequential translocation of cultural goods in the 20th century.

Not only the provenance of almost 400 artworks but also the biographies of notorious art dealers were meticulously examined for the first time. Over 40 works serve the purpose of presenting critical and harmless, and solved and unsolved cases, and illustrating the actual spectrum as well as the obstacles in this line of research. Since the “hidden” side is often especially revealing, the works’ versos are also on display.

So, is it all looted art?

In many cases this question cannot be answered conclusively. The aim of this exhibition is to create transparency, to draw attention to the necessity of ongoing research, and to rule out the possession of artworks that do not really belong to the museum. 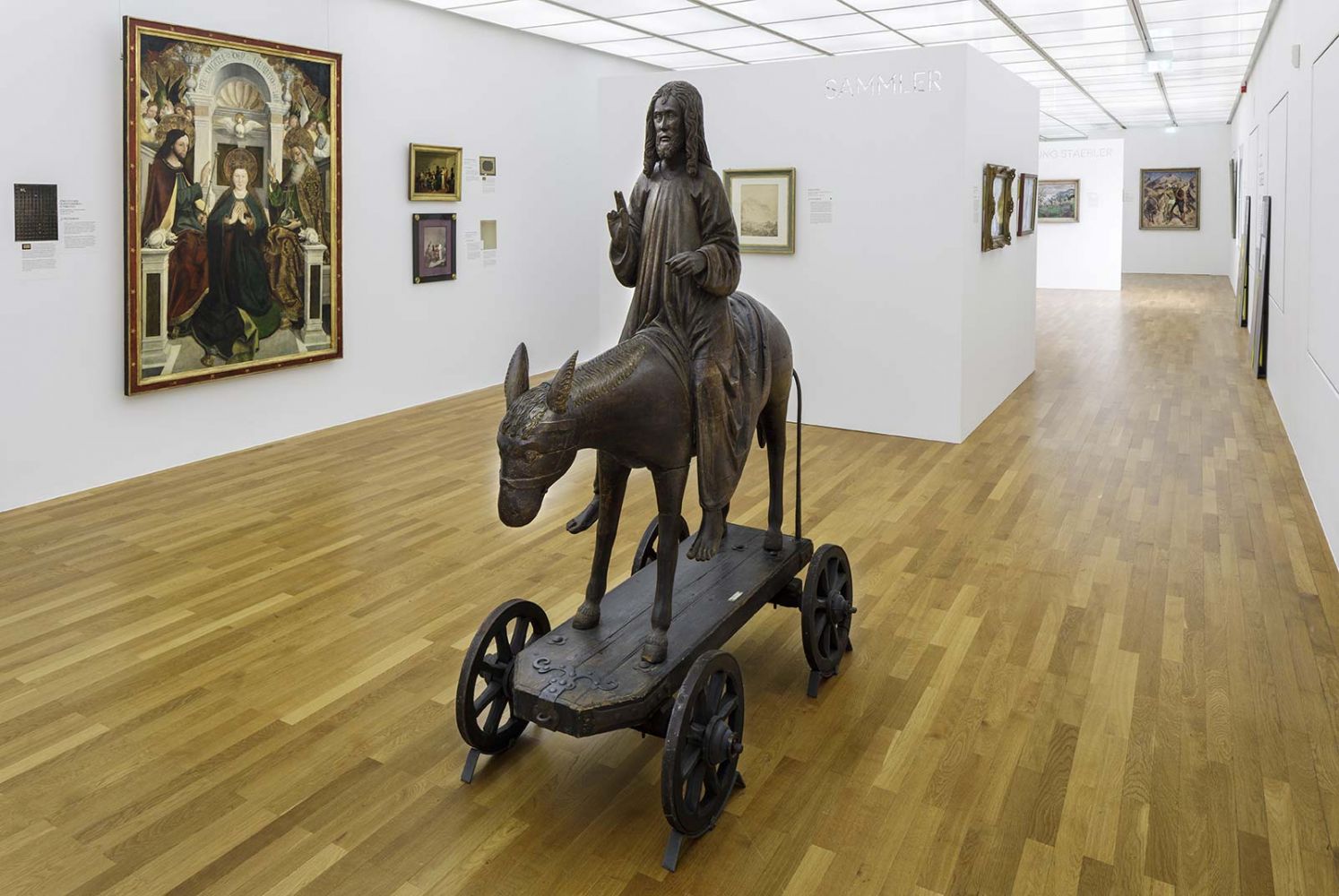 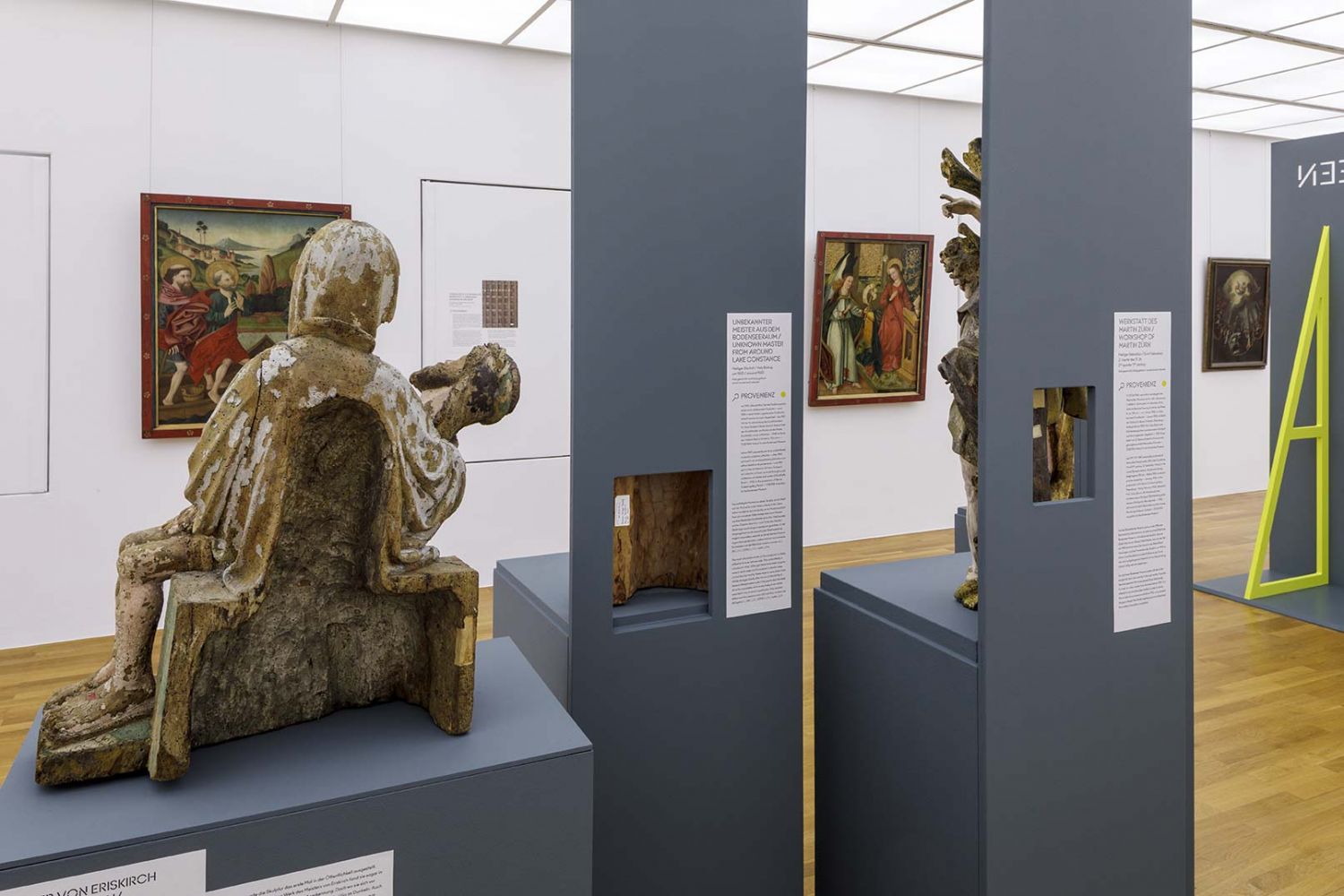 “In celebration of the 20th anniversary of the Washington Principles, the Zeppelin Museum is taking a critical look at the history of its own art collection. The exhibition concludes a two-year project which was generously supported by the Deutsches Zentrum Kulturgutverluste (German Lost Art Foundation) in Magdeburg”, says Dr Claudia Emmert, the Zeppelin Museum’s director.

The exhibition at the Zeppelin Museum is one of the first projects dedicated to the specifics and challenges of provenance research after 1945.

A selection of objects and an insight into the history of the Friedrichshafen museum from 1950 to 1990 provide the basis for an exploration of the evacuation and displacement of artworks, the structures of the art market in the Lake Constance area, and important art dealers and their networks.

“After 1945 art dealers and art historians, who had enjoyed impressive careers during the time of National Socialism, found a retreat at Lake Constance. As one of Hermann Göring’s most important agents, Joseph Angerer was able to make a new life for himself in Friedrichshafen. During the ‘Degenerate Art’ campaign of 1938, he sold artworks confiscated from German museums in Switzerland to obtain foreign currency for Göring”, Ina Neddermeyer, head of the Zeppelin Museum’s art department, explains.

Art dealers such as the art historian Benno Griebert were already back in business by 1948 and in close contact with the museum in Friedrichshafen. One of Griebert’s collaboration partners was the auction house Adolf Weinmüller in Munich which had been one of the most important profiteers of the divestment of dispossessed Jewish assets under the National Socialists. The proximity to Switzerland was especially helpful in enabling the art dealers to re-establish themselves.

Countless works from former Jewish collections circulated the Swiss art market. Not only the willingness to trade Nazi-looted art, but also the large amount of works of dubious provenance, which was unquestioningly accepted if the price was right, made this situation especially problematic.

After developing the design for the exhibition “Bestandsaufnahme Gurlitt” in Bonn and Bern, the architectural firm neo.studio in Berlin was also commissioned with the presentation of this show. A close-knit network displays the connections between collaborating dealers and museum employees until about 1990, thus lending shape to the financial sources as well as the provenance of the artworks.